Treatment
Requirements for a hydrocephalus valve
What can gravitational technology actually do?
What is important after an operation?
HC&ME App
KONTAKT

The operation of implanting a shunt system is generally neither dangerous nor difficult compared to other neurosurgical interventions. The drainage systems (see below) consist of a valve to regulate the intracranial pressure and catheters (ventricular catheter and drainage catheter) through which the cerebral water is drained.

For the implantation of such a shunt system, the neurosurgeon makes a few small incisions in order to be able to place the shunt system well to a large extent in the subcutaneous tissue - only the ventricular catheter has to be advanced into the ventricles and the end of the draining catheter has to be pushed into the corresponding body cavity (abdominal cavity or via one of the neck veins into the right atrium). To place the ventricular catheter in one of the lateral ventricles, the neurosurgeon drills a hole through the cranial bone.

The rest of the draining catheters as well as the valve are located directly under the skin tissue, with the valve being placed either on the skull bone in the region behind the ear, in the thoracic region or in the lumbar region.

If there is hydrocephalus, the intracranial pressure is increased regardless of body position - i.e. somewhere between a little too much and very much above 0 cmH2O. The cerebral ventricles (ventricles) expand and press on the surrounding brain tissue, which can lead to considerable problems. A drainage system is designed to divert the excess pressure from the ventricles to another body cavity, but it is also a connection between two body cavities that are not normally connected. In a simple tube system without a regulating valve, this would inevitably and completely naturally lead to undesirable physical, position-dependent side effects: A simple hose connection between two "vessels" filled with water (e.g. cerebral ventricle & abdomen) leads to the fact that the two "vessels" always try to balance each other. This means that the desired effect of 0 cmH2O can be achieved quite well when lying down. When standing, however, the natural laws of gravity cause the upper "vessel" (the cerebral ventricles) to empty and collapse (overdrainage), with dangerous consequences for the patient. A special requirement for a valve is therefore to be able to offer a different - much higher opening pressure when standing than when lying down.

This is exactly where the philosophy of MIETHKE gravitational valves comes into play.

Patients who have been treated with valve systems normally recover from the procedure in only a few days and are not restricted in their daily life afterwards. The degree of restriction is usually more likely to be determined by the other underlying diseases that may also be the cause of hydrocephalus. Most importantly, follow the instructions of your doctor, who knows best what is best. In principle, as after every operation, you should take it easy and refrain from increased exertion (heavy physical work, sports) in the first few weeks after the operation. If severe headaches, dizzy spells, an unnatural gait or similar occur, a doctor should be consulted immediately. In addition, regular medical check-ups are recommended.

All MIETHKE valves are designed in such a way that they are insensitive to everyday magnetic fields of up to 3 Tesla. However, hits or pressure of any kind on the valve directly or the catheters of the shunt system should of course be avoided. 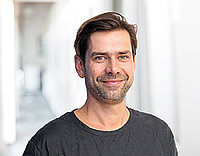